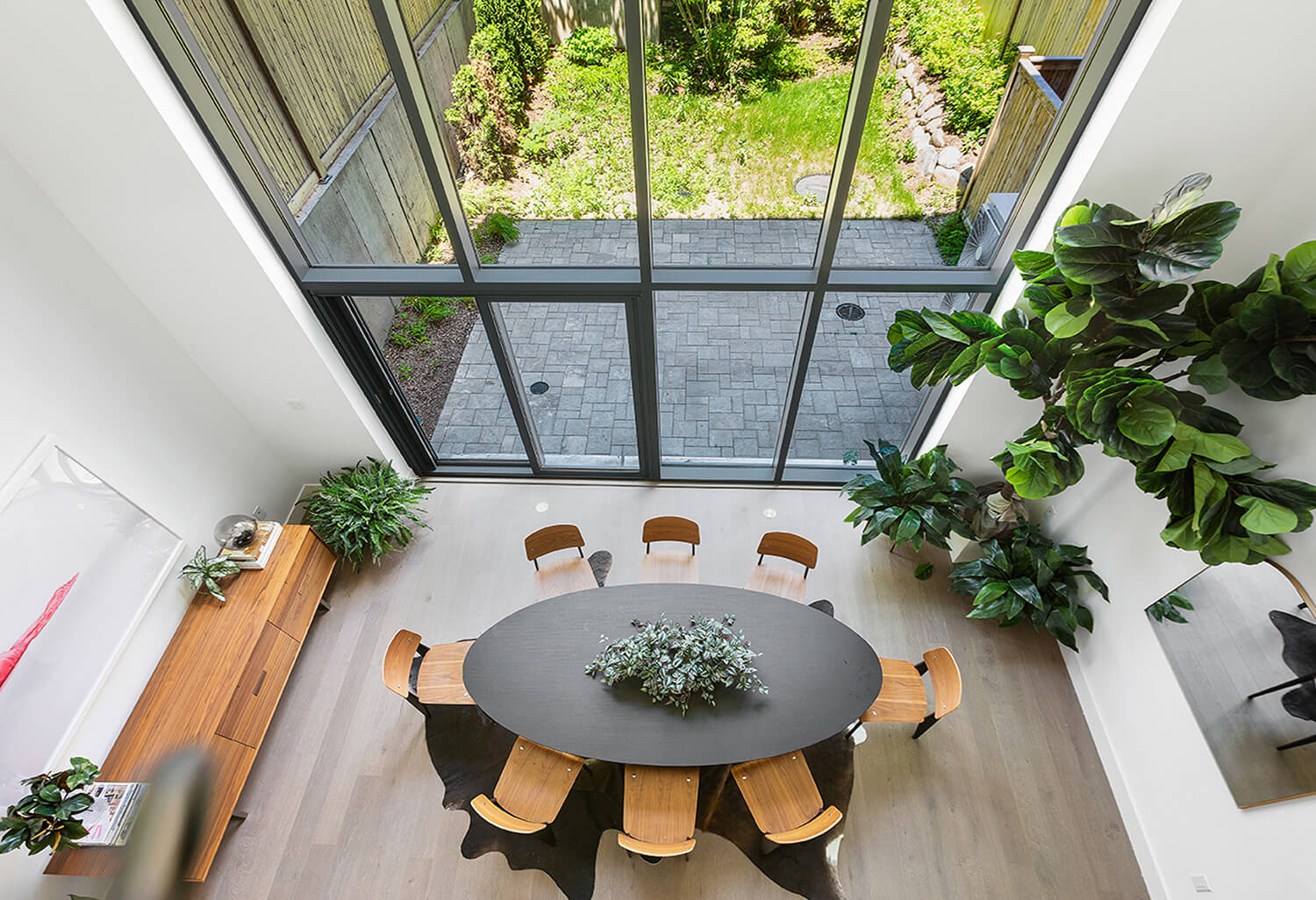 This architectural project in the historic Fort Greene district of Brooklyn consisted of two parts. The first was to design four new townhouses with exteriors that spanned the landmark district limitations while using a modern and crisp vocabulary. The second goal was to restore and renovate the protected Chancery and Bishop’s House which both anchors the corner of Greene and Clermont and sits between two of the four new townhouses.

Brick facades on the new townhouses speak to neighboring brownstones yet stand apart given their reddish hue. Steel frames encase windows and protrude beyond the brick façade to emphasize bold and rhythmic grid lines. Unlike traditional brownstones which have specific rooms and enclosed spaces, the new townhouses are organized in a modern concept of flowing spaces and double height vertical volumes with glass curtain walls to merge the outdoors with the indoors. Open kitchens anchor the second floor of each townhome; connecting open dining and family areas.

The façade of the Chancery and Bishop’s House was restored to emphasize the building’s historic significance; brick pilasters with stylized stone capitals and fluted half columns with Corinthian capitals accentuate the façade as originally designed. The interior of the building was renovated into large, family sized residential units which echo the open plan of the townhomes, further emphasizing the bridge between modern and historic.

Bridging the old and the new 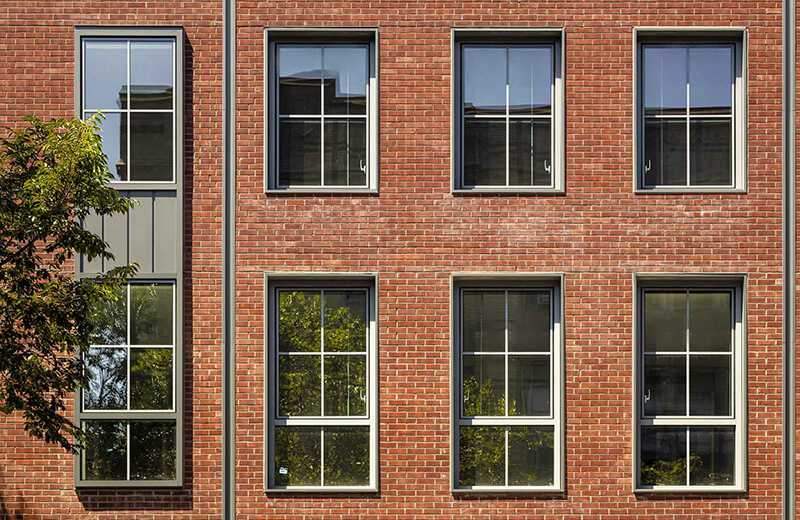 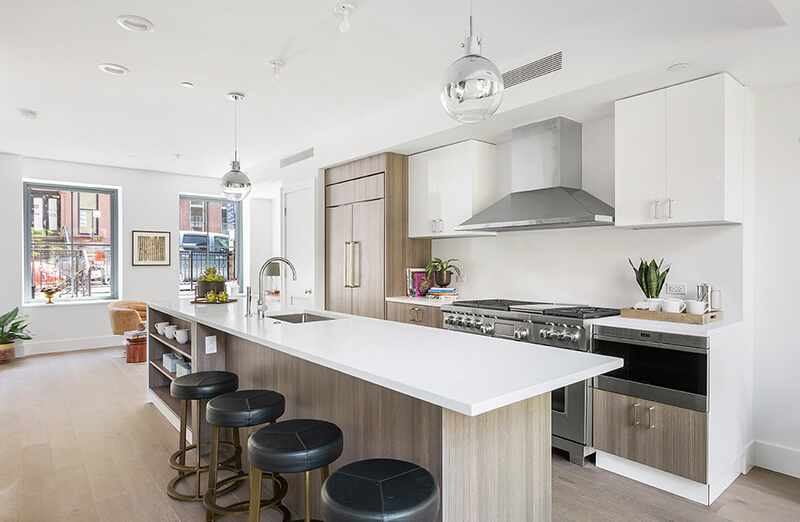 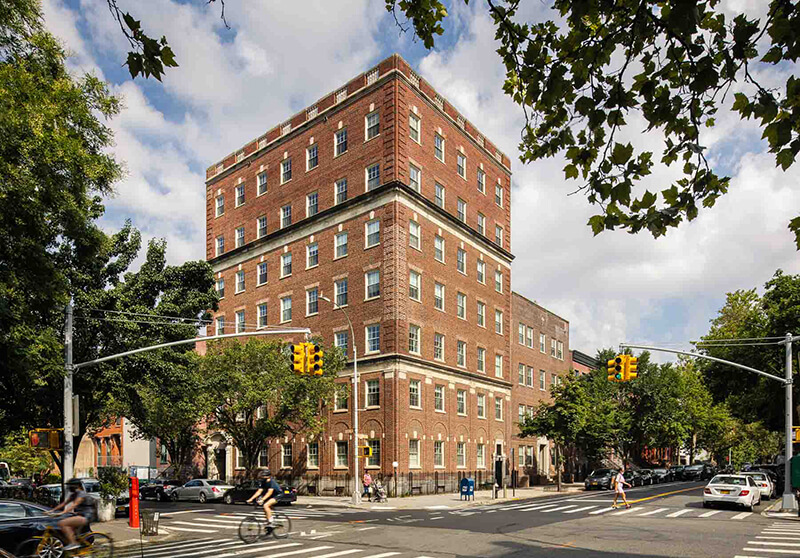 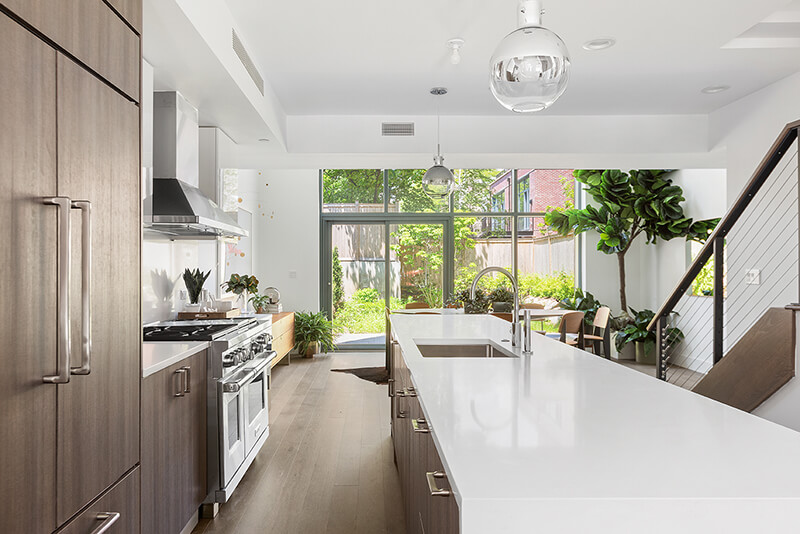 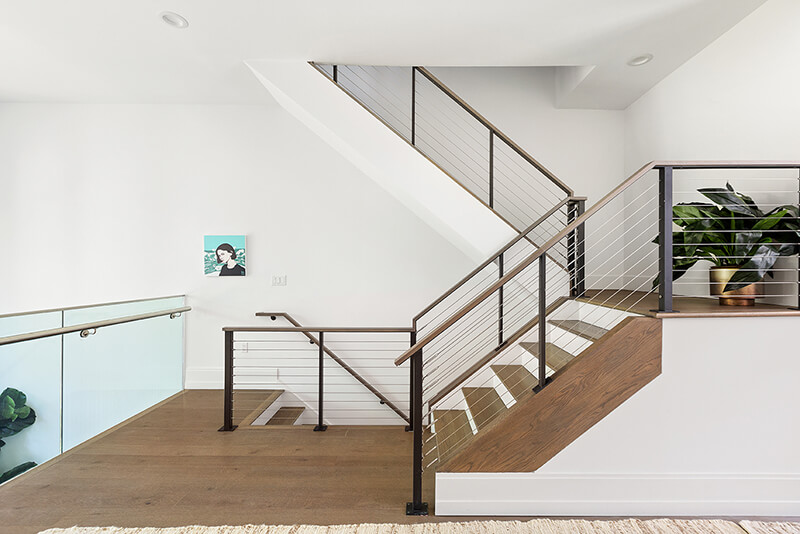 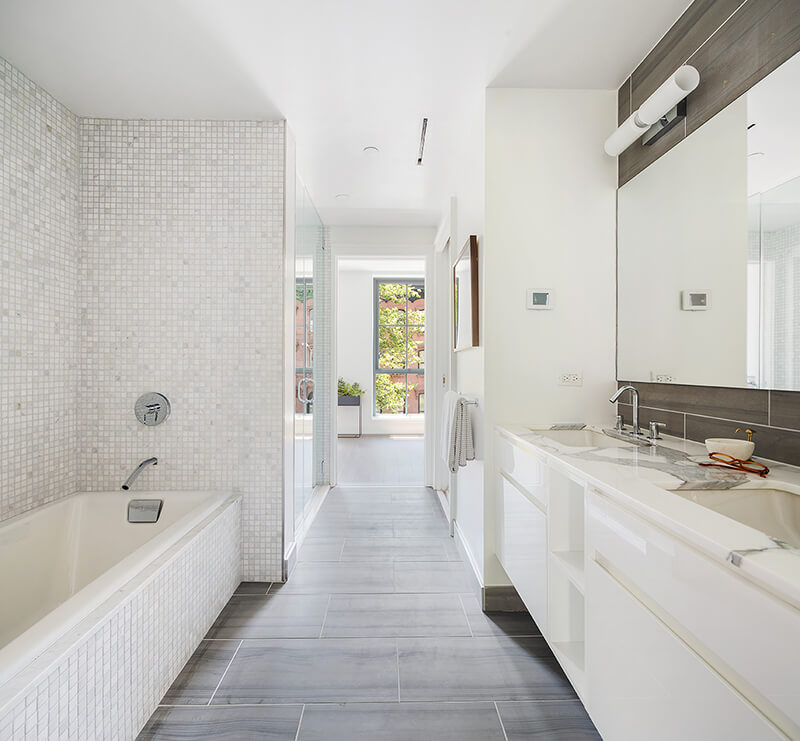 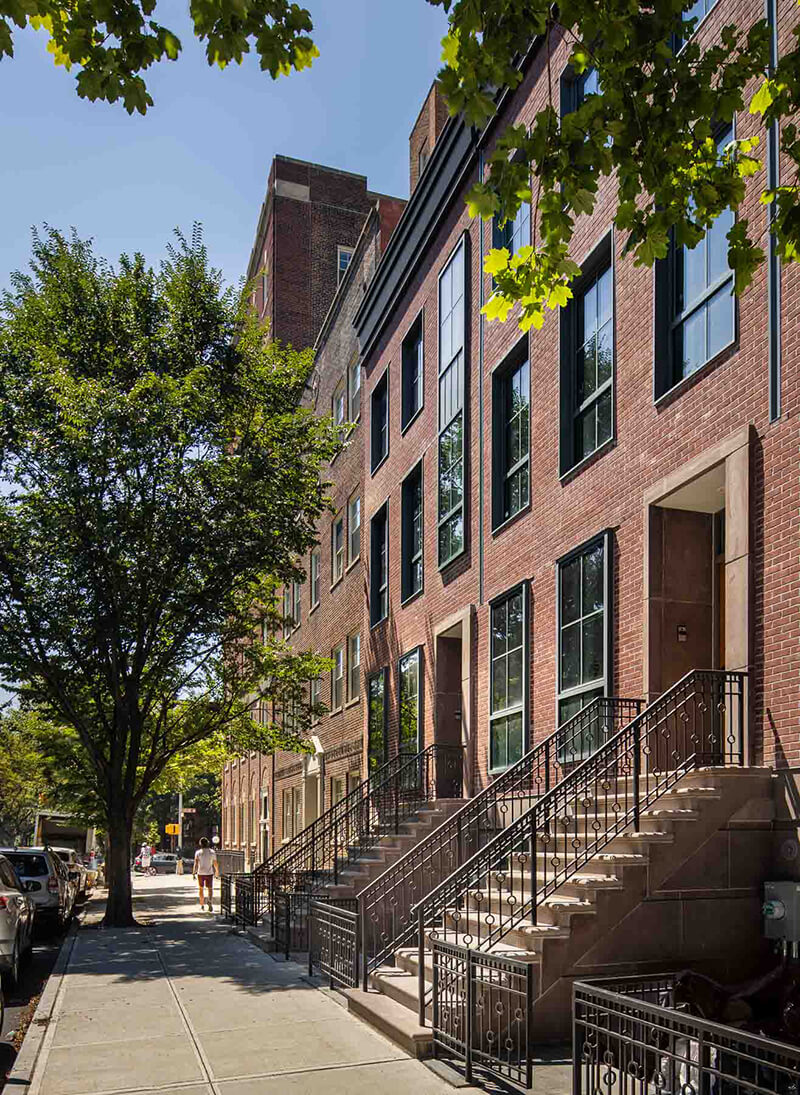 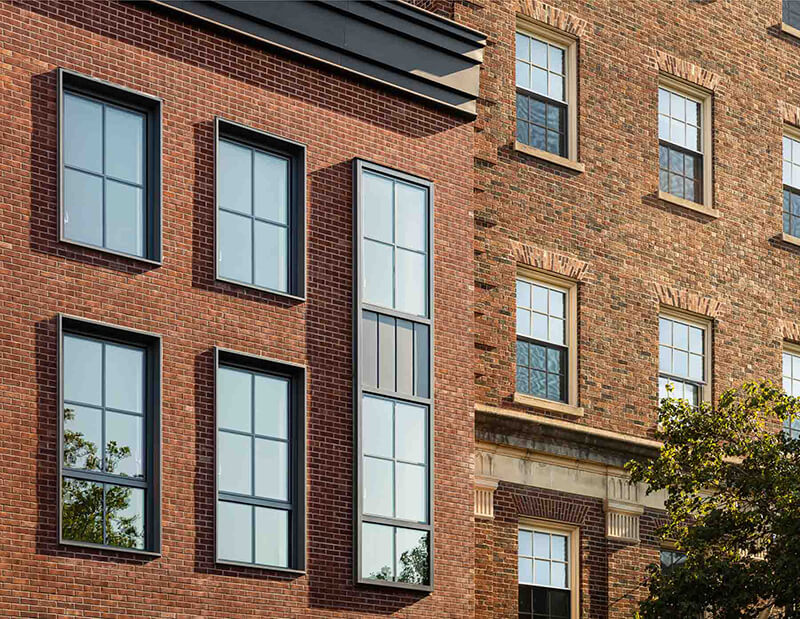 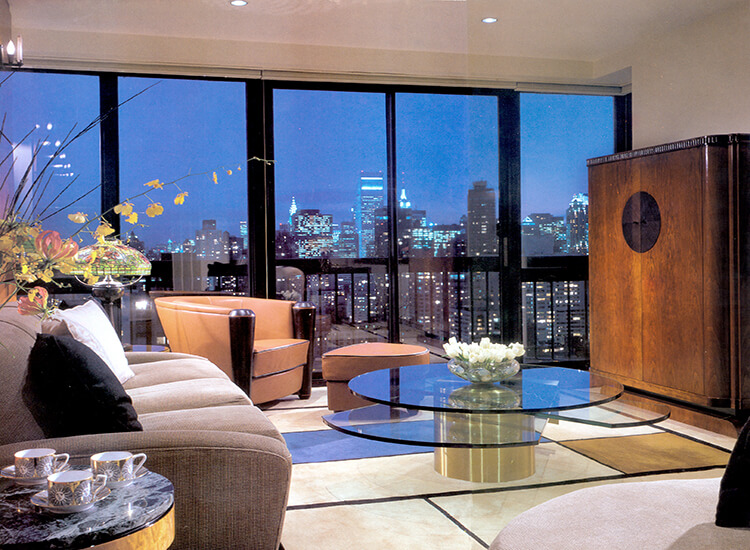