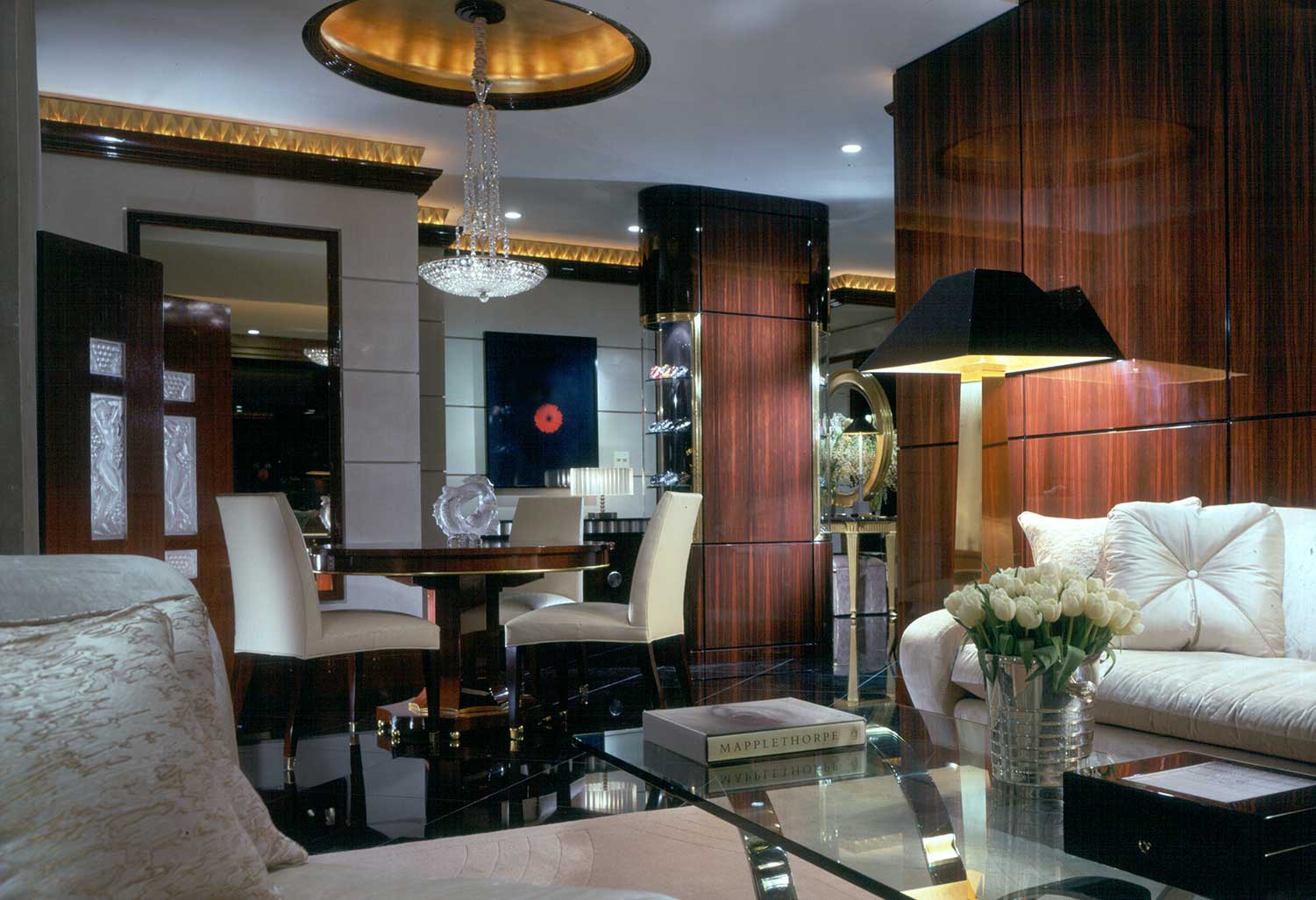 The apartment inside New York’s Trump International Tower was a generic vanilla box that was turned into a gleaming bachelor pad inspired by Art Deco ocean liners. At 1,400 sq ft, the luxurious cabin concept was integrated into the space by adding architectural details and glossy finishes. High-end wood paneling made of Macassar ebony and ribbed mahogany lined the walls, while lacquer was used to tie the spaces together as all the rooms flowed into each other. The design included black lacquered doors throughout, grooved and gold-leafed in a diamond pattern characteristic of that era. In the bedroom, the cabinetry walls were lacquered in shades of silver and taupe for a serene and relaxing atmosphere.

GF55's experience with apartment redesign allowed the firm to manipulate ceiling heights by knowing where to open spaces above sections of the ceiling. In the bedroom, the ceiling was pushed up to create a barrel vault effect adding height to the small space. GF55 created a small dome in the dining room lined with gold-leaf for a grand display of the Baccarat chandelier. Walls were ended a foot from the ceiling to add cove lighting and detailed with crown moldings. The rooms have large windows which frame the quintessential New York skyscraper views; the beauty of the night-time skyline captured by lights sparkling on the reflective surfaces. 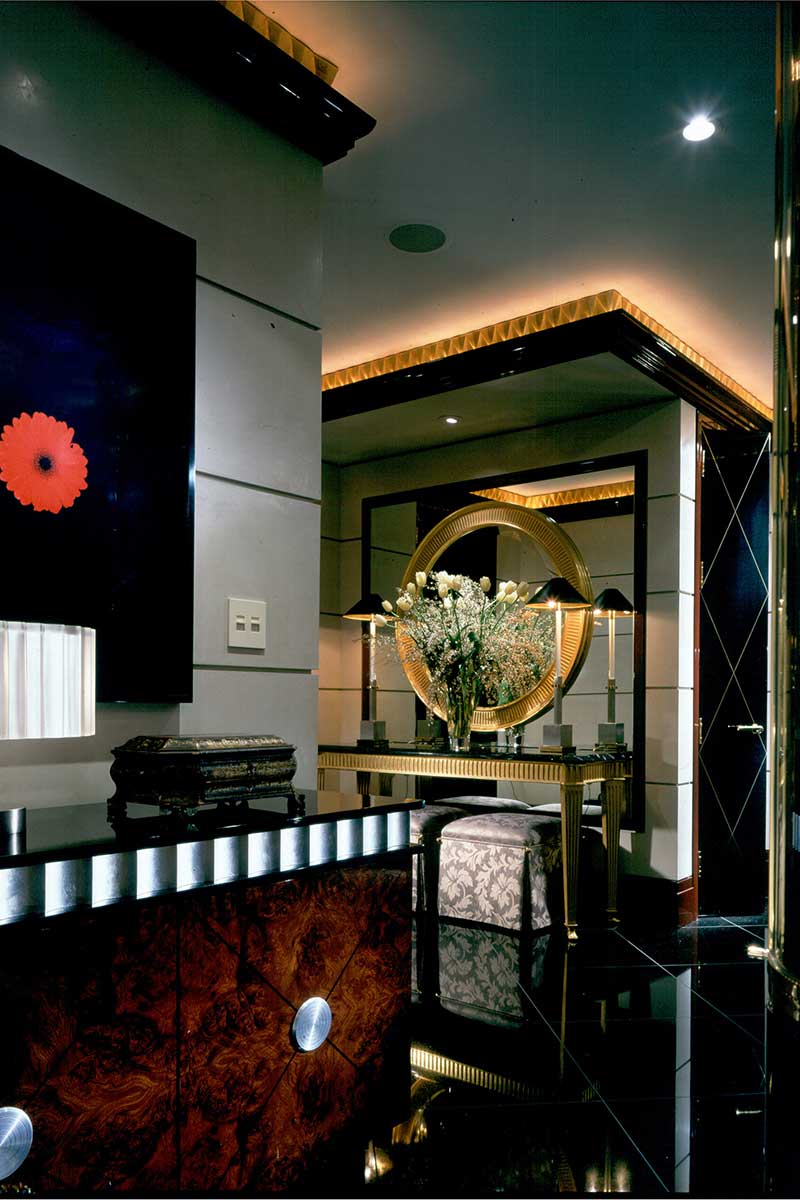 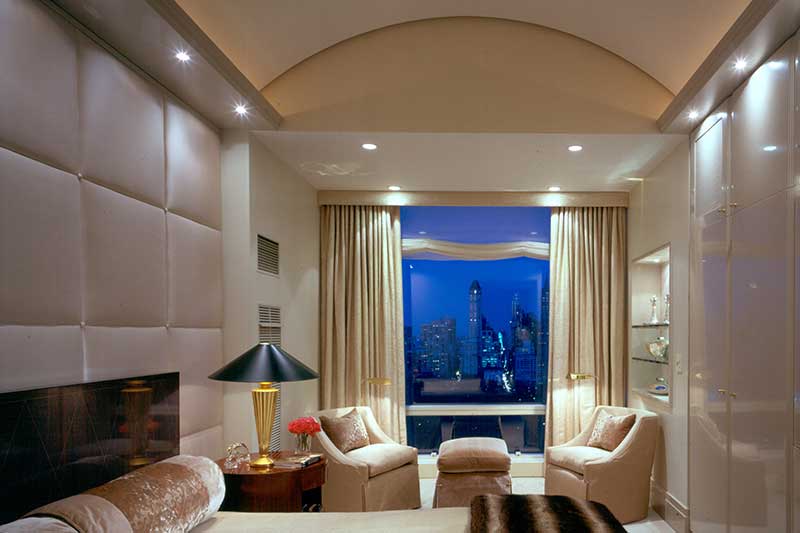 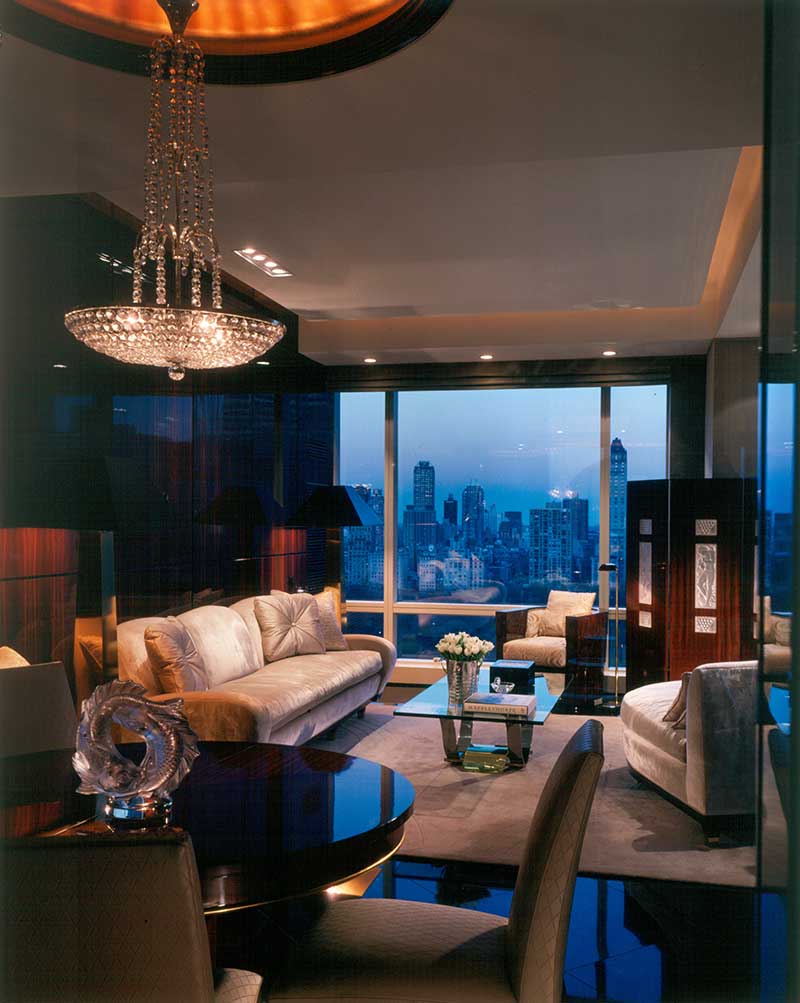 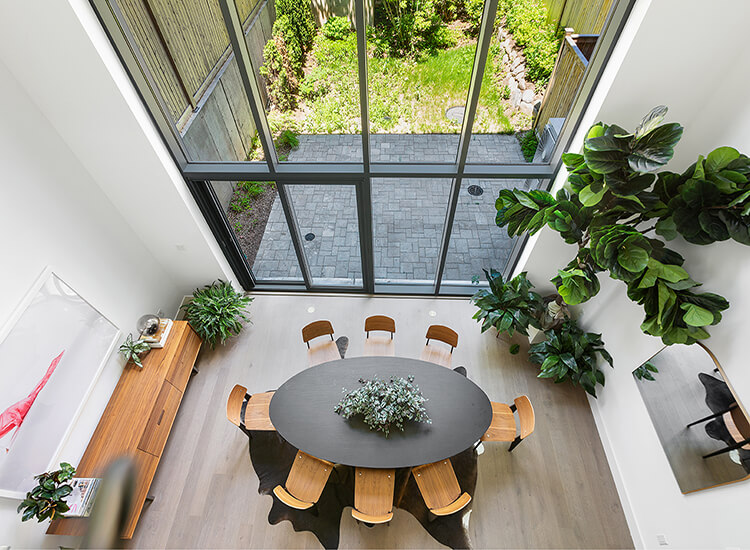